At his own wake, celebrating life and the gift of death: 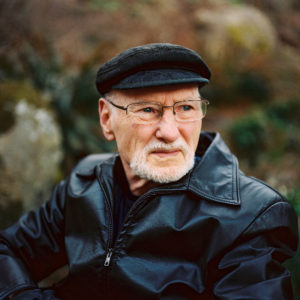 Tormented by an incurable disease, John Shields knew that dying openly and without fear could be his legacy, if his doctor, friends and family helped him..

By CATHERINE PORTER, New York Times, May 25, 2017
Photographs and video by LESLYE DAVIS

VICTORIA, British Columbia — Two days before he was scheduled to die, John Shields roused in his hospice bed with an unusual idea. He wanted to organize an Irish wake for himself. It would be old-fashioned with music and booze, except for one notable detail — he would be present.

The party should take up a big section of Swiss Chalet, a family-style chain restaurant on the road out of town. Mr. Shields wanted his last supper to be one he so often enjoyed on Friday nights when he was a young Catholic priest — rotisserie chicken legs with gravy.

Then, his family would take him home and he would die there in the morning, preferably in the garden.

Mr. Shields intended to die swiftly and peacefully by lethal injection, administered by his doctor. Last June, the Canadian government legalized what it termed “medical assistance in dying” for competent adult patients who are near death and suffering intolerably from irremediable illnesses. When his doctor, Stefanie Green, informed him that he qualified, Mr. Shields felt the first hope since a doctor told him more than a year before that he had a rare and incurable disease called amyloidosis, which caused proteins to build up in his heart and painfully damage the nerves in his arms and legs.

I saved an old man’s life. He didn’t want it. 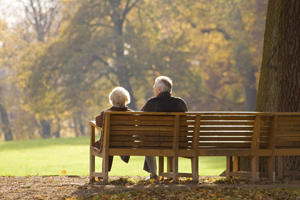 The dilemma for the critical-care team was not uncommon: An elderly patient with a life-threatening illness and in severe pain, not understanding the nature of his situation. A decision needing to be made about how aggressive to be. A doctor trying to convince the patient to pursue a rational approach, one based on understanding the limits and capabilities of life-supporting interventions.This situation plays out in emergency rooms and intensive care units hundreds of times a day. But two factors made this incident unique. First, this patient — struggling to breathe, battling low blood pressure and in tremendous pain — was my wife’s grandfather. Second, the doctor recommending aggressive measures, contrary to the patient’s advance directives, was I.
Read the full story

If your family doesn’t want your stuff when you’re alive, they sure won’t want it when you’re dead. 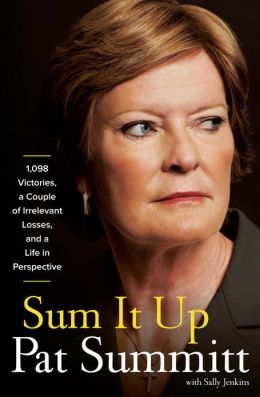 Sum it Up:
By Pat Summitt and Sally Jenkins

Pat Summitt, the all-time winningest coach in NCAA basketball history and bestselling author of Reach for the Summitt and Raise The Roof, tells for the first time her remarkable story of victory and resilience as well as facing down her greatest challenge: early-onset Alzheimer’s disease.

Pat Summitt was only 21 when she became head coach of the Tennessee Vols women’s basketball team. For 38 years, she has broken records, winning more games than any NCAA team in basketball history. She has coached an undefeated season, co-captained the first women’s Olympic team, was inducted into the Basketball Hall of Fame, and has been named Sports Illustrated ‘Sportswoman of the Year’.

She owes her coaching success to her personal struggles and triumphs. She learned to be tough from her strict, demanding father. Motherhood taught her to balance that rigidity with communication and kindness. She is a role model for the many women she’s coached; 74 of her players have become coaches.

Pat’s life took a shocking turn in 2011, when she was diagnosed with early-onset Alzheimer’s disease, an irreversible brain condition that affects 5 million Americans. Despite her devastating diagnosis, she led the Vols to win their sixteenth SEC championship in March 2012. Pat continues to be a fighter, facing this new challenge the way she’s faced every other–with hard work, perseverance, and a sense of humor.

The End of Your Life Book Club
By Will Schwalbe

“What are you reading?” 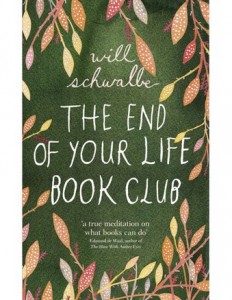 That’s the question Will Schwalbe asks his mother, Mary Anne, as they sit in the waiting room of the Memorial Sloan-Kettering Cancer Center. In 2007, Mary Anne returned from a humanitarian trip to Pakistan and Afghanistan suffering from what her doctors believed was a rare type of hepatitis. Months later she was diagnosed with a form of advanced pancreatic cancer, which is almost always fatal, often in six months or less.

This is the inspiring true story of a son and his mother, who start a “book club” that brings them together as her life comes to a close. Over the next two years, Will and Mary Anne carry on conversations that are both wide-ranging and deeply personal, prompted by an eclectic array of books and a shared passion for reading. Their list jumps from classic to popular, from poetry to mysteries, from fantastic to spiritual. The issues they discuss include questions of faith and courage as well as everyday topics such as expressing gratitude and learning to listen. Throughout, they are constantly reminded of the power of books to comfort us, astonish us, teach us, and tell us what we need to do with our lives and in the world. Reading isn’t the opposite of doing; it’s the opposite of dying.

Will and Mary Anne share their hopes and concerns with each other—and rediscover their lives—through their favorite books. When they read, they aren’t a sick person and a well person, but a mother and a son taking a journey together. The result is a profoundly moving tale of loss that is also a joyful, and often humorous, celebration of life: Will’s love letter to his mother, and theirs to the printed page.

In the Year of Magical Thinking
By Joan Didion 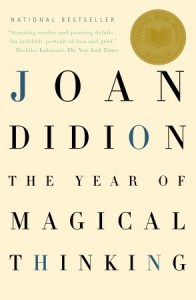 In The Year of Magical Thinking, Joan Didion’s eighth book to make it to The New York Times best-seller list, an author known for her intellectual analysis of personal and global events reveals the limited power of intelligence to defend her against a breakdown as she struggles to cope with the death of her husband, the writer John Gregory Dunne, and the simultaneous grave illness of their daughter.

When forced by events to admit that having all the facts about her husband’s heart disease and her daughter’s septic shock have no effect at all on their conditions, admissions that come gradually and only as a result of her facing her own illusions, her intellectual defenses crumble. She is at a loss except for her mad superstitions and the comfort of remembering lines from great writers – sprinkled throughout her narrative are tiny tributes to Thomas Mann, C.S. Lewis, Matthew Arnold and others, offered in gratitude for their articulation of her grief and slow recovery.

Rachel Remen is considered by many to be one of the best writers of matters of the heart, especially around the opportunities present during crises, illness, disease and death. Her witty, thoughtful, compassionate stories of those she has companioned are priceless.

My Grandfather’s Blessing
ISBN 1573228567
By: Rachel Remen
Another of Rachel’s treasures. Anything by Rachel is worth reading.

Final Gifts
ISBN 0553378767
By: Maggie Callanan & Patricia Kelly
Our Hospice recommends this book to every family navigating end of life with a loved one. We also strongly recommend that every new staff member and every volunteer read this inspiring and enlightening book. This book helps readers understand the gifts present during terminal illness, the signals those dying can give us and the best most respectful way to listen and companion the dying person.

Here If You Need Me
ISBN 0316066311
By: Kate Braestrup
This beautifully written and incredibly poignant book, written by a chaplain in Maine when her State Trooper husband was killed suddenly in an automobile accident leaving her with four young children, might inspire a reader to better understand the role of spiritual care and tenderness during times of monumental change.

A Year To Live
ISBN 0609801945
By: Stephen Levine
Stephen Levine is world renowned for his work in death and dying. He and his wife have authored countless books on the subject and this particular book is an interesting read for anyone curious about what it might be like to have One Year To Live.

Spiritual Notes To Myself
ISBN 1567312950
By: Hugh Prather
Hugh Prather has written countless books, all of them easy reads as they are short thoughts on life, living and dying, parenting, companioning, spirituality, family, etc. His books inspire the reader to ponder, open, explore, wonder and think. His view of life is profound and reading his thoughts always creates “Aha” moments.

The Four Agreements
ISBN 1878424319
By: Don Miguel Ruiz
A popular book recently, Ruiz impels us to remember that we can only do the best we can with what we have. His writing is powerful, provocative, sometimes controversial and always inspiring.

Our Greatest Gift
ISBN 0060663553
By: Henri Nouwen
Henri Nouwen writes of love, life, loss and grief with such perfect clarity and insight. Now deceased, he lived his life as a Budhist monk.

The Needs of the Dying
ISBN 9780061137594
By: David Kessler
A thoughtfully written book addressing what those who are doing the dying need most from those the companioning in their journey.

The Five People you Meet In Heaven
ISBN 0786868716
By: Mitch Albom
Written by the author of Tuesdays With Morrie, this sweet novel is filled with hope and promise for what the after-life might bring.

Love & Death
ISBN 9780807072936
By: Forrest Church
Forest Church, ordained as a Unitarian minister and later diagnosed with esophageal cancer spent his remaining life preparing his large congregation and his immediate family for the eventuality of his leaving. This is a beautifully written account of all that he held sacred and true. Inspiring, encouraging, funny and heartbreaking all at the same time.

Eat, Pray, Love
ISBN 9780143038412
By: Elizabeth Gilbert
A hugely popular book once tagged by Oprah, this novel has moments of insight and richness into the human heart that can change a person’s perspective on life.

The Four Things That Matter Most
ISBN 0743249097
By: Ira Byock
Dr Byock has worked respectfully in the field of death and dying for years. This book is another we highly recommend to staff, families and volunteers because of the concise and beautiful way he speaks to issues such as gratitude, love and forgiveness.

Waiting With Gabriel
ISBN 082941603
By: Amy Kuebelbeck
The tender account of one young couple’s journey through the pregnancy, birth and eventual death of their baby. Absolutely stunning in its tenderness.

Heaven Is For Real
ISBN 9780849946158
By: Todd Burpo
A true account of a 4 year old’s experience as a surgery patient when his appendix ruptures.

The Shack
ISBN 9780964729230
By: William Paul Young
This book is not for everyone. In the course of attempting to find meaning or answers to the questions that arise after his young daughter is kidnapped, it is one man’s journey to God.

A Child’s View of Grief
ISBN 1879651432
By: Dr. Alan Wolfelt
Educator and counselor Dr. Wolfelt has written and taught extensively about healing in grief and times of loss. His books are highly recommended and easy to follow.

The Grief Recovery Handbook
ISBN 0060915862
By: John James and Frank Cherry
A step by step handbook for recovering from loss, this book has changed thousands of lives.

Recommended for children who experience loss: